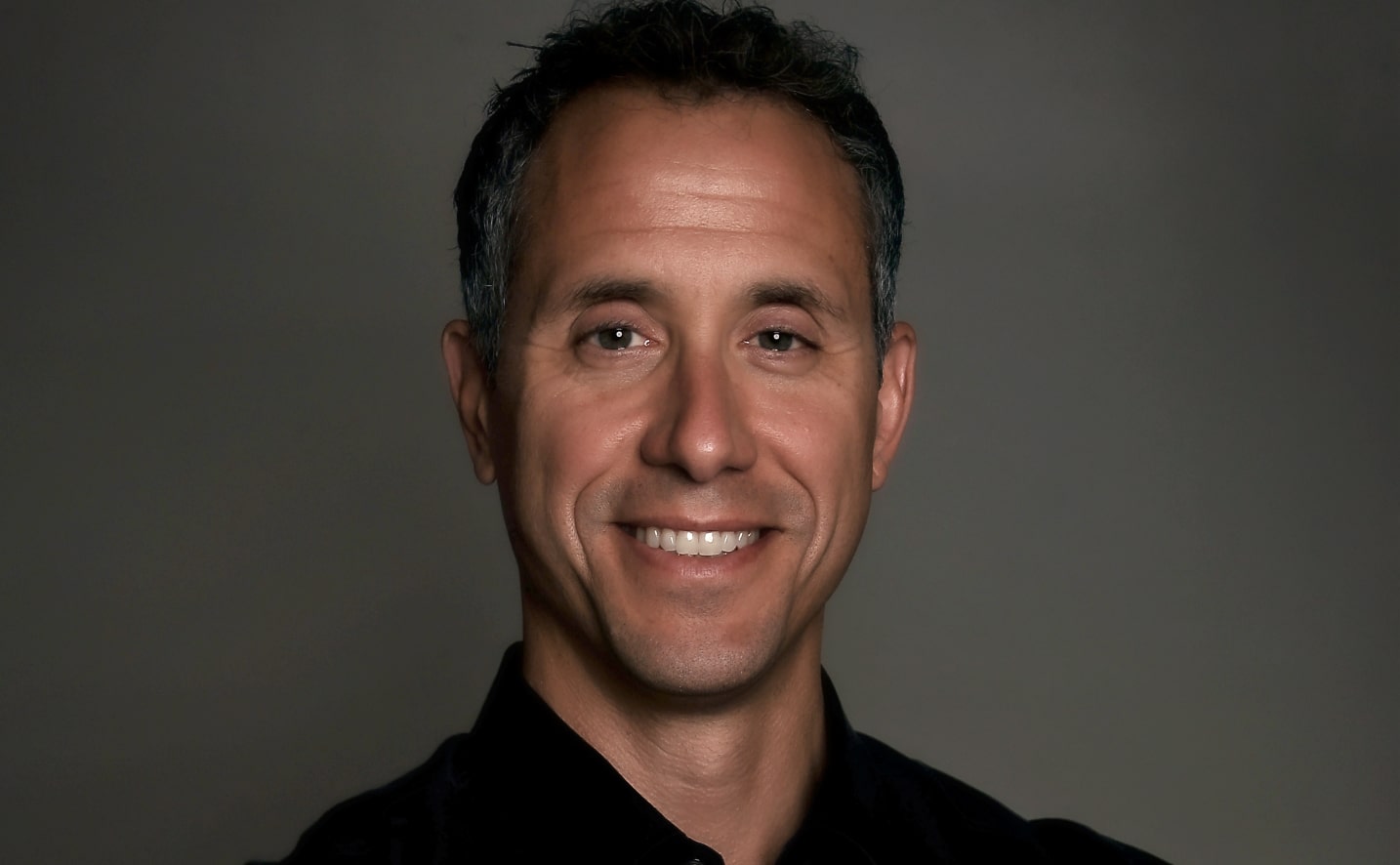 On May 18, 2022 the European Commissions presented its REPowerEU Plan, a roadmap to rapidly reduce dependence on Russian fossil fuels in response to the invasion of Ukraine. Europe is betting that hydrogen will play a critical role in displacing Russian imports over the next decade, particularly in hard-to-decarbonize sectors. The Commission has set production targets for 2030 (10 million tons of domestic renewable hydrogen production and 10 million tons of imports, equivalent to 20% of today’s worldwide consumption), committed €200 million for hydrogen R&D, and made available €225 billion in loans for renewable energy infrastructure development.

The EU is not acting alone. As highlighted in a previous ECV newsletter, the US has also taken bold action in recent months to spur growth of the hydrogen economy, investing $8 billion in hydrogen hub development.

For these initiatives to be successful, two conditions are necessary. First, deployment of existing hydrogen technology must be accelerated. Second, hydrogen innovation must be nurtured.

This second piece is challenging due to the uncertainty and time-intensity of commercializing new technology, however, it is crucially important given the step-change in efficiency that innovation can deliver. Supporting innovators is central to ECV’s work as an early-stage cleantech investment firm, and we have developed a deep understanding of the hydrogen innovation landscape through our conversations with entrepreneurs, pipeline operators, and gas distribution executives. This installment provides a summary perspective on the hydrogen innovation ecosystem, including notable trends, technologies, and startups. We have organized our analysis across four segments of the hydrogen value chain: production, storage & transport, consumption, and other services.

Steam methane reforming (SMR) and coal gasification are currently the primary methods for dedicated hydrogen generation, but several emerging pathways have the potential to drastically reduce the carbon intensity of production. Carbon capture and storage (CCS) technology can be used in conjunction with SMR to reduce emissions (“blue hydrogen”). This is the most economically viable method of clean hydrogen production today given technology maturity. However, there is skepticism over its net carbon reduction potential, given the energy requirements of CCS, fugitive upstream methane emissions, and the logistics of permanent carbon sequestration.

Over the long-term, most experts believe electrolysis has the greatest potential for generating clean hydrogen at scale. This process uses renewable energy to convert water to hydrogen, often labeled “green hydrogen”. Its cost-competitiveness relies on access to cheap renewable power and low-cost electrolyzer equipment. Progress has been made on both these dimensions in recent years, with growing renewable capacity, particularly in solar and wind, and with declining electrolyzer costs as OEMs ramp-up production scale and move down the learning curve. Due to its potential, green hydrogen has the highest volume of startup innovation. Entrepreneurs are developing advanced materials for improving performance and reducing costs in various electrolyzer cell designs (PEM, AEM, alkaline, solid oxide). Others plan to develop complete cells and stacks using proprietary methods. As an example, Ionomr, based in Vancouver, CA, manufactures ion-exchange membranes made from hydrogen polymers that yield performance, durability, sustainability, and cost advantages relative to existing materials. Ionomr recently announced partnerships with NREL and Shell for continued development and production scale-up.

Another emerging clean hydrogen generation method, methane pyrolysis, uses high temperatures to separate natural gas into solid carbon and “turquoise hydrogen”. Hydrogen atoms represent 60% of the combustion energy within a methane molecule (CH4), meaning that the existing natural gas infrastructure is already the largest transporter of clean energy if carbon is taken out of the equation. By separating carbon in a solid state, pyrolysis simplifies the challenge of carbon sequestration and permanent storage, doing so at a fraction of the energy requirement of electrolysis and making it a great candidate for low-cost, high-volume clean hydrogen production.

Methane pyrolysis is an old concept that has only recently seen high levels of commercial innovation and interest. For example, Monolith is building a production-scale facility in Hallam, Nebraska. A handful of other startups are developing processes that improve reaction kinetics, energy efficiency, and yield. C-Zero, based in Santa Barbara, CA, is one of these. They are in the process of building their first pilot plant which will produce 400 kg H2 / day using their proprietary molten nickel plasma reactor design.

Biology, and in particular synthetic biology, is another emerging pathway of clean hydrogen production. Natural gas is produced in nature by microbes that convert organic matter into the oil and gas resources over geological timescales. Our portfolio company Cemvita Factory is commercializing a biomanufacturing pathway that uses engineered microbes to replicate a modified version of this natural phenomenon, generating “gold hydrogen” from hydrocarbon reserves in spent oil wells. The microbes “chew” through the hydrocarbons, extracting a syngas which is then refined in pure hydrogen and CO2. The CO2 can be easily separated and sequestered in the geological formations it came from, while the clean hydrogen can be used onsite in a refinery or transported through repurposed natural gas gathering and transmission infrastructure. This innovative approach leverages existing upstream oil and gas infrastructure and revitalizes end-of-life geological assets to produce high volumes of low-cost, clean hydrogen.

Opportunities for innovation in hydrogen are not limited to production. Given its density, which is orders of magnitude lower than gasoline and 8.5x less than natural gas, hydrogen needs to be compressed or liquefied for storage and transport to be done economically. Broadly, there are three high-level areas of startup activity focused on creating the infrastructure required for a global hydrogen economy.

Many startups are developing advanced compression and storage equipment to deliver cost, safety, and reliability improvements. Others are developing new carrier molecules, which convert hydrogen to and from stable, energy dense molecules to reduce transportation and storage costs. Some are also developing modular storage solutions geared towards specific end markets, such as trucking or aviation. For example, San Francisco startup Verne manufactures a high-density, low-cost hydrogen storage system using cryo-compression. Their product is built specifically for heavy-duty transportation, and they are currently conducting extensive on-road pilot testing in 2022.

As the hydrogen economy grows there will be greater need to cost-effectively separate and purify hydrogen from mixed gas environments (e.g., for pipeline blending). Measuring hydrogen concentration in similar mixed gas streams and detecting leaks in infrastructure will also be critical to ensure safe and effective operations. Startups in these areas are innovating to bring novel materials and sensing equipment to market at a competitive price point, such that they can grow as hydrogen production scales. On the gas separation front, Cambridge, MA-based startup Osmoses is developing proprietary gas separation membranes that use polymer technology with precisely engineered porosity. This technology has the potential to reduce energy consumption for hydrogen purification and other gas separations by 40-60%, given its high sensitivity (down to fraction of an angstrom), stability (both chemical and thermal), durability, and cost (simple to produce and easy to process and manufacture)

If hydrogen is to become a viable fuel for road transport, there needs to be a network of refueling stations. As we have seen with EV charging to support the rapid electrification of light-duty vehicles, scaling such a complex infrastructure quickly can be challenging. Several startups are tackling this challenge, propelled by favorable regulatory conditions in states like California and comparatively lower technology risk than some of the other “storage and transport” innovation areas.

Fundamentally, the key to unlocking the potential of hydrogen is production, storage, and transport with low emissions and low cost. After these steps, at the end of the value chain, hydrogen will be consumed to serve various end-uses and will be either combusted to produce heat or chemically reacted. Most innovation in this segment falls into two categories:

These technologies will help accelerate hydrogen demand, particularly in transportation and distributed power generation. EH Group, based in Nyon, Switzerland, falls squarely in our first category as a developer of a fuel cell technology built from stainless-steel plates that results in a lighter, more durable system. Thus far, they have deployed 10kW-100kW for testing in off-road mobility and marine markets, with a 250kW system under development. ZeroAvia, based in Hollister, CA, falls into our second category as a developer of zero-emissions aviation powertrain that uses a hydrogen fuel cell system in a limited seat fixed-wing aircraft. They achieved the first hydrogen fuel cell-powered passenger aircraft flight in October of 2020 and are working towards commercializing a 500-mile range, 10–20 seat aircraft for commercial transport.

Underpinning the core technological backbone of the future hydrogen economy is a web of support services. The importance of these enabling technologies and business models should not be overlooked, even though the hydrogen industry is nascent. Various hydrogen project developers are starting to deliver industry expertise and proprietary technology to the construction of new hydrogen infrastructure. There are also several SaaS startups with hydrogen-focused products, aimed at project development support and asset control/monitoring. Encoord, based in Denver, CO, is a good SaaS example. Their core product models and optimizes coupled energy networks (e.g., electricity and natural gas) and markets for utilities, TSOs, project developers, consulting firms, research organizations, and regulators. Recently, they have used their product to model impacts of hydrogen blending in natural gas pipelines networks in collaboration with NREL and SoCalGas.

There is momentum behind funding innovation in hydrogen, although much more capital is needed to propel hard-to-decarbonize sectors to NZE by 2050. In addition to the government initiatives from the EU and US mentioned above, the DOE Loan Programs Office continues to support hydrogen infrastructure development. Last month they announced a conditional $500M loan guarantee commitment for developing an alkaline electrolysis and salt cavern hydrogen storage project in Delta, Utah. Leading energy corporations have similarly picked up investment in hydrogen over the past few years. For example, SoCalGas is preparing to build the Angeles Link, which would be the nation’s largest green hydrogen generation and transport system in Southern California.

Note: Includes all VC stages in the “energy” sector with keyword “hydrogen”

Venture capital investment in hydrogen has also accelerated over the past two years. In 2021, there was nearly $2B of VC investments in hydrogen, more than what was invested across the entire preceding decade. 2022 is off to a hot start as well, with $1.25B committed to date. Given the recent public market correction, we will see if these trends persist, but the investor appetite and entrepreneur attention is definitely there.

At ECV, we are extremely excited about the future of hydrogen and of green molecules more broadly, as a path to decarbonize our economy and leverage the reliability and affordability of the existing natural gas infrastructure in delivering clean energy to everybody. If you are working on making clean, cost-competitive hydrogen a reality in the energy transition, we would love to hear from you.